Projected Blood Pattern
A bloodstain pattern that is produced by blood released under pressure as opposed to an impact, such as arterial spurting. 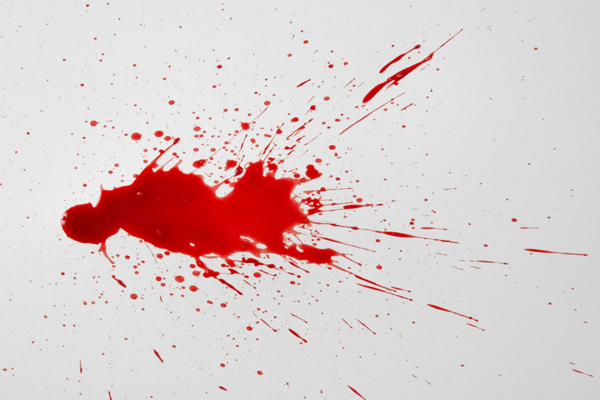 This pattern was generated by taking blood in a syringe and projecting it near-parallel to the target surface. This was done four times with varying pressure from approximately the same location.

This example shows the result of a stationary blood source releasing blood under pressure.