Void
An absence of stains in an otherwise continuous bloodstain pattern. 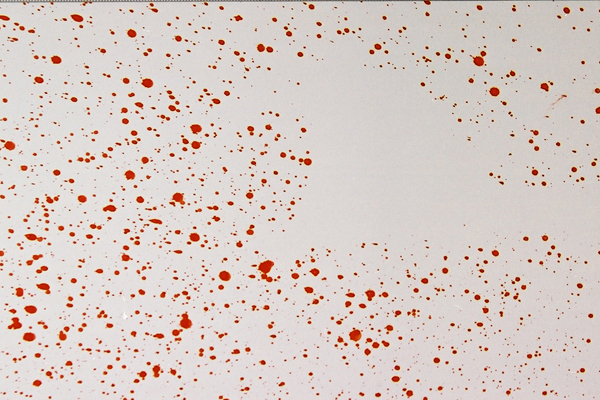 This pattern was generated by placing a small funnel on top of the target. A fan was then set on medium speed and blood was dropped into the mechanism at an angle that allowed it to strike the target. The funnel was then removed.