Cast-off Pattern
A bloodstain pattern created when blood is released or thrown from a blood-bearing object in motion. 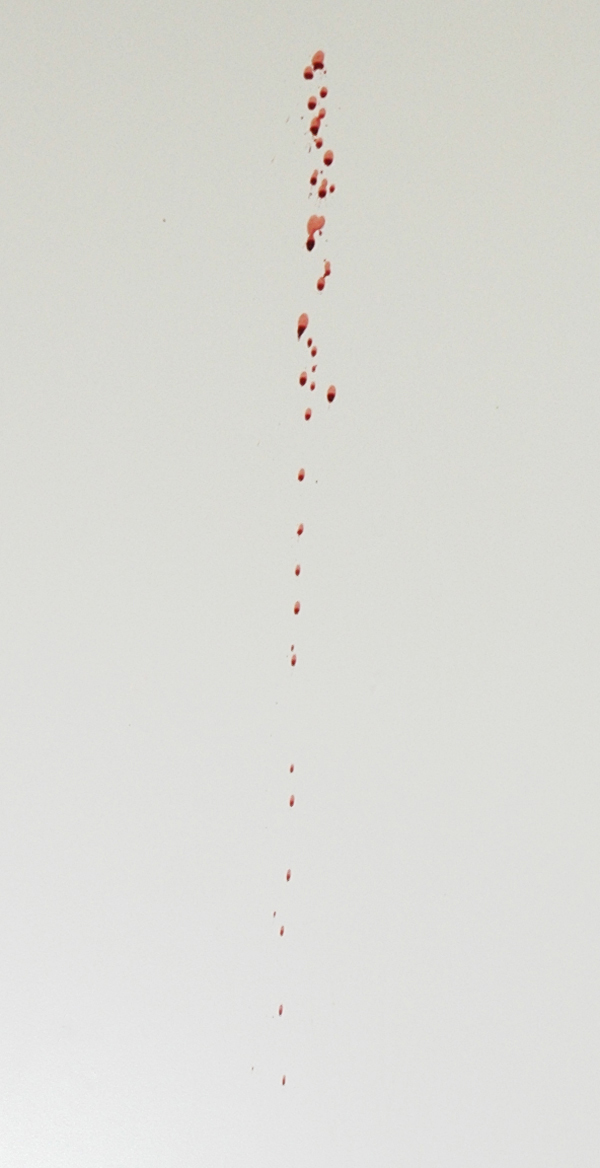 This example was generated by putting blood on a knife blade and swinging the blade in a downward motion in front of the target.

The volume of the drops and impact angles changed as the knife continued through its downward motion.