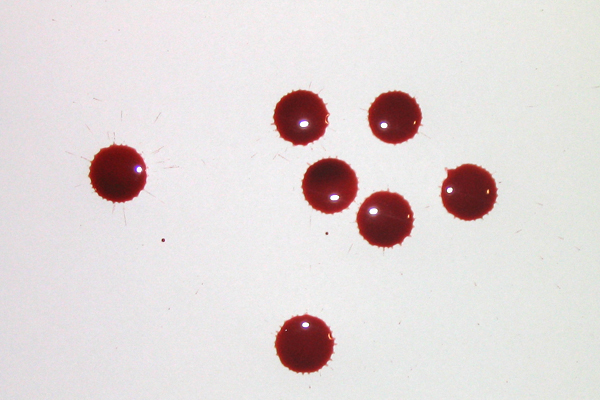 This pattern was generated by allowing blood to drip off the tip of a finger approximately 45 cm above the target. The finger was moved slightly between each drop.

When the blood drop (a sphere) strikes a flat target (a plane) the shape formed on the surface by the blood drop is an ellipse. In cases where the impact angle is 90° the ellipse has the same major and minor axes length which is a circle. Passive drops will vary in shape and size depending on the volume of blood and the surface texture, but will generally be circular.